Abstract
In Iran, the discussion of light pollution theory has been proposed less than 10 years by Noor-e-Shab group (under my management) which is the member of an environmental non-governmental and non-profit organization (NGO). This article has been written to explain this group’s activities found new definition of light pollution by their observations and studies in Iran and holding 300 persons/hours seminars. National and international studies and classification of 1300 photos of different samples of light pollution in big cities of Iran could attain aforementioned definition for this group. The plan of this definition resulted in fundamental transformations in the field of outdoor lighting and astronomers’ attitude in Iran. In this article, in addition to explanation of light pollution’s new definition, has been studied some parts of the most important achievements of this group attained through last 8 years, despite existing problems and restrictions such as short of funds, lack of attention of urban managers and urban numerous problems, lack of educational and informative centers or organizations.

Introduction
As you know, each country has its own behavior related to the light, based on its approach to lighting. For this reason, the definition of light pollution may belong to the same country. These definitions are sometimes such a way that if an enthusiastic person, in another corner of the world, wants to know what the light pollution is, doesn’t understand or hardly understands it. This makes my group and me (Messrs Hadi Kashani and Parham Mirzakhalili, Mrs. Sara Bagheri) gathered more accurate and more pictures to find a definition of existing light pollution in Iran and offer a new definition for it.
The definition of pollution or an issue should be comprehensive, inclusive and exclusive, perfect and also have the ability of quantitative and qualitative measurement. Many years ago, when I started my studies about light pollution, I didn’t find any definition contains all items and my observations in Iran, such as wasting energy and its destructions affect sky and environment. Definitions mainly were as examples to explain some events can destroy sky or environment by light. It could be proper studying examples for an expert and someone who is familiar with this issue but not for beginners. It is useful in short-term activities and just for familiarizing or superficial study of a student, but if this person wants to found and manage an association in the field of light pollution or make an academic study or lobby authorities, after a while, both self and his target society get confused.
In my opinion, according to following reasons it is difficult to understand what the light pollution is for an ordinary person in Iran; therefore to find pollution reduction methods for each society, having primary knowledge of pollution is as a priority to control it.

۱- We were born in an environment where taught us a very simple way to escape fear of darkness which is pushing the button and turning the light on. It is obvious that our understanding of darkness is different from our predecessors’ understanding, before light invention. In this condition which artificial light is a part of human culture and behavior, it is somehow difficult to discuss about control and standard of light and to understand this subject by audience.

۲- Discussion about some materials such as saving energy and wasting energy by lighting is not understandable for people and authorities given no attention and credit to it, in such countries like Iran which energies are not still expensive and everybody can choose his lighting among different kinds of energies and electricity. Incidentally, people don’t pay high charges for using energy as lighting.

۳- In Iran, More severe pollutions such as air pollution have attracted the attention of most urban authorities and managers. Air pollution has triggered shutting down many days through each year and caused 20 more people die, on air pollution crisis compared with ordinary days, because of stroke or heart attack leading death in Tehran, the capital of Iran [1]. According to this, it is unprofitable to discuss about wasting energy, faint stars, going wrong astronomers’ observations or disturbing biological clock of citizens’ bodies, and we could see less co-operation of authorities.

۴- Some other reasons such as economic pressure on people and paying attention to basic needs like food and clothing have caused that people think less about environmental issues or sacrifice environment for their lives.

۵- As mentioned before, cheapness of energy in Iran has triggered the managers have no serious and codified planning in the field of optimal use of light in cities and this caused an approach led by taste towards the subject of urban lighting, and contractors and authorities’ being unfamiliar with standards.

۶- Lack of academic fields or widespread governmental or non-governmental educational centers has triggered taste attitude, wasting energy by disregarding standards and then lack of understanding of light pollution concept.

۷- Another reason for appearing taste attitude in the authorities and contractors’ projects is lack of specified and rigid rules at the country level about lighting or light pollution.

Article 9 of protect and improve the environment code states:
«Preceding any activity that bringing environmental contamination is prohibited.
Environmental contamination refers to distribution or combination of foreign substance with water or air, soil or land to the extent that its physical or chemical or biological quality transforms which could be detrimental to human being or other live creatures and or plants and or buildings. »

Article 2 of prevention method of air pollution (adopted 23, April, 1995) states:
«Preceding any activity that bringing air pollution is prohibited.
Air pollution refers to existence and distribution of one or more solid, liquid, gas, radioactive and non-radioactive radiation pollutant in open-air in the amount and length of time enough to transform its quality which could be detrimental to human being and or other live creatures and or plants and or buildings.»

But the history of the first direct rules related to light pollution was on November, 2008 which the City Council of Tehran obliged Municipality of Tehran to control light pollution and provide comprehensive plan of light and lighting of Tehran urban spaces, and also Municipality was obliged to use colored flags instead of lighting in National Celebrations but this rule was not executed for a long time. (It should be said that the country had faced an energy crisis in that year.)

۸- Tehran is as a pattern for other cities of Iran; this has caused them to sit on their hands and keep their eyes on capital which Tehran becomes their pattern for new and creative plans. Also, about lighting and light pollution, Tehran has leading role in urban spaces lighting and use of non-standard decorative lights (sphere model), this caused to unofficially issue the license of using non-standard lights in the whole country and everybody knows these lights as beautiful ones without paying attention to citizens’ taste and poll.

In this model, C is constant factor of each city’s pollution, P is the amount of resident population, and D is distance from observed point to city center.
Study of the amount of I for Maranjab Caravansary observing place.
This place is located 47 km of Kashan city (with a population of 253500). Thus:

Also, from a distance of 160 km and direction of northwest of Tehran (with a population of 7,500,000), it affects on this city and the amount of I is:

Adverse quality: the quality of light is very important in light engineering. As light should be used in proper time and space, the quality of light is very important for medical and health attitude. Each lamp, based on its process of light production, has especial quality, light color, and spectrum. For example, in astronomers’ opinion, the light of low-pressure sodium lamp is so suitable because it is easily possible to hide and cover its light from the view of astronomical instruments with special filters. The light of this lamp just lights yellow spectrum and has no other spectrum, therefore can be easily omitted by a filter. Unfortunately, sodium lights are no panacea. Some animals, it turns out, fare no better with narrow-spectrum, yellow light than with any more traditional artificial lights. Some even seem to fare worse. [8] So it is better to specify the kind of the light according to the environmental function.
Conclusion
Today, lighting designing is very important besides lighting engineering and necessity of paying attention to this subject gradually increases besides the other elements of urban architecture and even urban furniture. Experts’ attempt to define beauty in this field and paying attention to psychology and social behavioral science which lead to peace in different environments prove the importance of them in this world; although lighting designing is almost a matter of taste and gets away with formulas and calculations of light engineering. 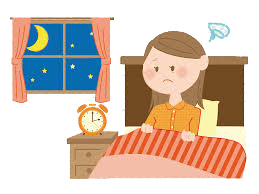 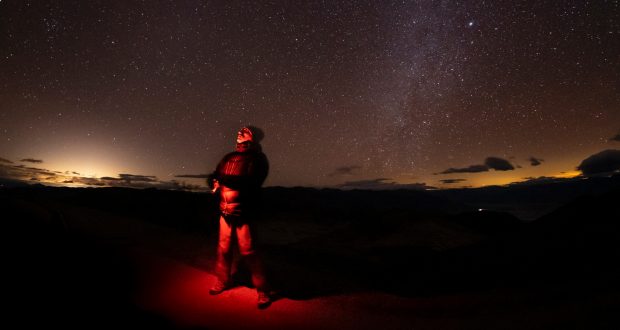 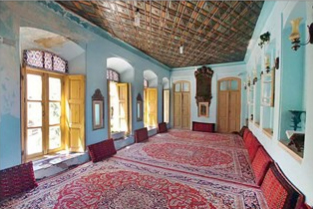